Welcome to Terspischore’s Atrium, where the Hermeneutic Chaos editors find delight in the elfin task of  confronting their contributing authors with some really tough questions.

Today, our Editor-in-Chief Shinjini Bhattacharjee interviews the amazing April Bradley who contributed a brilliant flash fiction to Issue 6. April Bradley is a native of Goodlettsville, Tennessee and lives with her family on the Connecticut shoreline. She recently spent time at Vermont Studio Center as writer-in-residence with several other poets, creative nonfiction writers, fiction writers, and playwrights.Her fiction and creative nonfiction has or will appear in Thrice Fiction, Narratively, Southern Women’s Review and other publications. She also serves as the Senior Assistant Editor for Bartleby Snopes Literary Magazine.  What makes April Bradley’s work so memorable is the way her narrative engages with the very essence of the story by employing an ingenious use of language and imagery. Her stories also tend to interact beyond the spaces that they occupy, leading to a vivid multidimensional aesthetic experience for her readers.

We request you to spend time with her flash fiction A Mermaid’s Purse is Also Called a Devil’s Pocketbook here, and then come back to enjoy the interview. 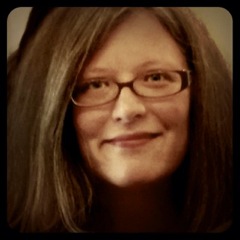 1. The title of your story published in Hermeneutic Chaos is raw and powerful in the way it allows the collusion of two entities disparate in their origin, meaning and connotations. How did it find its being?

Sailors’ lore and charming words, really—appropriate when dealing with the devil. When I was revising, I looked up information about skate egg cases and learned that sailors also historically called mermaid’s purses by the sobriquet devil’s pocketbooks due to their shape and color. The leathery cases appear dark and sinister with sharp, curved horns on each end that invite the comparison. Most mermaid purses wash ashore empty, and when one cradles an embryo it appears translucent. If a case becomes untethered and washes ashore, the embryo is highly unlikely to survive without intervention, and likewise, if the egg case becomes damaged. It was a good piece of luck to discover this tension in a name for something used to evoke atmosphere through metaphor. The egg case startles Clara, inspires promise because of the association with mermaids but she also experiences an undercurrent of menace. Part of her backstory is that she is a woman who has become false-hearted in her marriage while she yearns for another child. She fears another miscarriage, and in many ways, has squandered what could be a satisfying life for something unattainable.

2. One of the best aspects of the story is the manner in which time is portrayed in it. It begins in the very first sentence, “Clara measures time by tide”, and continues throughout the narrative. There is a vignette-like calmness and vividness in the words, but the physical and mental spaces that they recite are almost breathless in their anticipation. How do you perceive the conception of time in a prose?

Thank you for this significant compliment. Time is an essential component of fiction and one of the most powerful, flexible elements a writer can command. How we control time in our narratives can change everything. I perceive it as a tool, a structural element. Conceiving it is another matter. For the most part, for me, it’s intentional at the onset. In this story, analepsis and prolepsis realized through dramatic irony is used to regulate time, control pacing, and create space for the reader to regard Clara’s world and events in it—limited though it is.

3. What would a devil write in his pocketbook?

A devil or rather The Devil is a canny, contrary, vainglorious thing, so he’d write something enticing and maddening, and would delight in it because he is restive. The lines would be either lavish or as unadorned as the situation requires.

If he were to write to or for Clara, my main character, I’d expect something like, How shall I spend my coin? As though his expenditure is at her pleasure, when it is at her peril. The words pocket and pocketbook have colloquial and connotative references to genitalia, sex, the economy of pleasure, and fertility. Clara’s nearly desperate and looking for that kind of line.

4. If the mermaid goes out on a date with the Devil, what do you think would happen?

Can the devil swim otherwise as a leviathan? Let’s pretend so. Mermaids possess, of course, a prolific and myriad mythology as life-giving, destructive, carnal beings. According to the pair of names for the skate egg cases, the mermaid confers male fertility and abundance while the devil provides the source of female pleasure and fecundity— they seem well matched as co-conspirators. I’d expect a battle of wits and plotting: courting with a purpose for alliance. If one finds the other alluring, it would be a treacherous and foolish to indulge it. They would be attracted to uncommon places. Spar Cave, Isle of Skye would be a suitable setting as long as the locals don’t catch them out.

5. When did you first encounter writing? What did you find so exceptional about it?

This is a wonderful question and it immediately provoked a memory I did not expect. My parents had a summer party, and to keep me they occupied had me write out numbers to one hundred. When I got stuck, I’d ask someone nearby to help out. A songwriter named Hank pointed out I just needed to continue what I had been doing: writing one through nine and increase the number in the tens place by one, etc… He answered my questions whenever I yanked on his jacket and interrupted his conversation. When I reached one hundred and wanted to know what to do next, he showed me how to carry over and keep going. Then we jumped onto the idea of adding more zeros to reach one thousand and ten thousand. I asked him about nothing, zero, and he showed me how negative numbers worked: same thing but backwards. It was an amazing thing to realize that numbers went on and on. I said that if I had enough paper, I could write forever. He said there was a different word for it with numbers, infinity. There are always more numbers, more words.

6. What is your relationship with words as a writer? Do you ask them to chase your intentions in the story, or do they pour out of you, uninhabited?

It’s a complex one because I’m dyslexic. This isn’t a terrible thing by any means—it certainly makes things interesting. I tend to revise while composing as a way to stave off block. If something’s not flowing at one part of the narrative, I’ll tinker with another until that free-fall kicks in again. What gets me in trouble is if I let go of any writing without carefully reviewing it: words and letters move around; I’m a terrible speller; what I think makes it to the page, doesn’t. Words are…wily, wonderful things for me. They get me in trouble as much as they redeem. I’m trying out keeping a journal: it’s not working. I’m also trying out writing in fifteen-minute episodes here and there. That’s working much better. It forces me to write and revise later.

7. Why do you write prose? How do you try to dam the genre’s desire to run frantically across pages without glancing back?

When I think of prose at its most basic it is as not poetry, and although I use poetic devices and stylistic elements in fiction, I tend think in images and story. I have an affinity for the form—a preference. I’m attracted to writing short fiction because it is as Capote said in his famous interview with Pati Hill at The Paris Review, “…the most difficult and disciplining form of prose writing extant.” And, I’m a slow writer. Rather, I devote a great deal of time and thought into a story and my publishing goals in respect to short fiction are to submit two stories a year at a minimum while I work on large-scale projects. Maybe I’ll become more prolific as I get used to publishing more. That pretty much builds a dam on my end.

8. As the Senior Assistant Editor for Bartleby Snopes, what excites you the most about contemporary writing? What saddens you?

What is truly exciting in contemporary writing is how much control writers and readers are exerting over what is considered good writing, appreciable writing, and esteemed writing. We see this in the outcome of readers’ votes in our Story Of The Month contest atBartleby Snopes. The quality of the quantity of contemporary writing available to readers and writers with online literary magazines and small presses is dizzying. It’s disappointing or saddening that everyone is in a hurry. There’s such a frenetic pace and that too shows up in contemporary writing. Maybe it’s the urgent sense of time and our times. There is a distinct sense of unraveling in the midst of so much vibrancy.